10 Things I Learned My First Season of Cyclocross 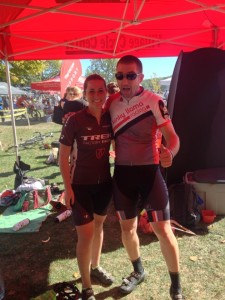 After my first race..Couldn’t get that smile off my face if you tried!

If you would have told me 2 months ago that I would be racing cyclocross I would have said have said you were insane! Hearing people talk about mounting, dismounting, barriers, and heckling sounded absolutely ridiculous. I thought it sounded fun but not something I would ever do.

All it took was attending one race and my mind was changed. I signed up for the very next Chicago Cross Cup race, had a week to learn a few techniques, and before I knew it I was at the start line at Dan Ryan Woods! Three top ten finishes and I think its fair to say it has been a successful first season. I couldn’t have asked for better experiences and am so excited for the Illinois State CX Championships this weekend at Montrose Harbor.

Here are 10 things I learned in my first season of cyclocross.

1) You will fall and you WILL get muddy

2) Do not underestimate anyone. These are tough women and know it is a race. They WILL race you.

3) It’s not about the bike. You need skills, endurance, and drive. A nicer bike will not save you.

4) “Heckling” is not anyone being mean, but another way of saying “Hey friend! You are badass! Keep it up!”

5) Beer is a perfectly acceptable way to hydrate after a race.

6) We have dirty mouths. Hard time getting up the hill? Passed on the inside? There is one, if not several “f bombs” dropped.

7) It is anyone’s race. So much can go wrong (or right). Do you best, and race YOUR race..don’t worry about those around you. Stay right side up, and rubber side down!

9) We are a bunch of bike nerds, but rock stars of our own community! (those professional pictures of us by Snowy Mountain and digitalCane sure make us look cool!)

10) Last but definitely not least, despite the intensity and competitiveness of the races, we gracefully congratulate and compliment those who finished around us. The sportsmanship is unbelievable and I am proud to compete with these women.

At the beginning I didn’t quite know what I was getting myself into but so far I can say it has been the time of my life! I recommend it everyone.

The state championship would be a great place to come check out a race so come cheer me on this weekend and stop by the Village Cycle Center tent to say hi! 🙂 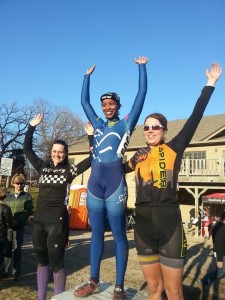