Taking Your Bike on the CTA & Metra in Chicago 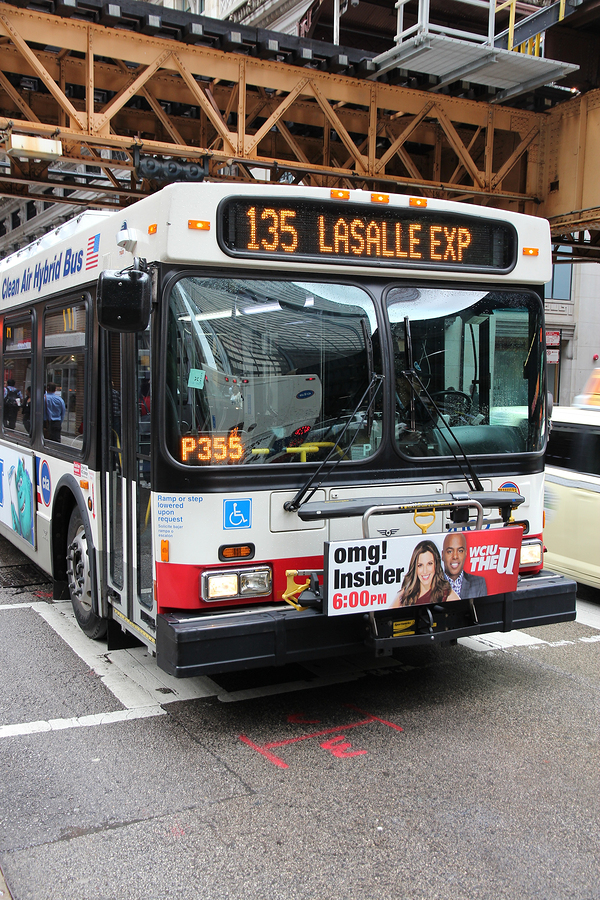 The number of people depending on bikes as their primary form of transportation is growing with every passing day. Commuters save a tremendous amount of money, spend less time in traffic and benefit from having a workout built into their daily routine. In Chicago biking is popular for commuters and becoming more popular with each year. Chicago is very friendly when it comes to bicyclers. The resources and lanes dedicated to those traveling on two wheels are tremendous. However, newcomers to biking in Chicago tend of have questions regarding regulations that apply to bikes.

There are virtually no restrictions when it comes to loading your bike onto the bus in the Chicago area. Loading bikes on the bus is allowed throughout the entire year. The CTA buses are equipped to load bicycles at any time on any day. Each CTA bus has a bike rack on the front of the vehicle that secures the bike for the duration of the trip. They are designed for versatility, accommodating almost any standard, two-wheeled bike. It is important to familiarize yourself with the process of loading and unloading your bike so that your trip can be as easy as possible.

CTA buses use bike racks by Sportworks and Byk Rak. Once you have alerted the driver that you will be using the rack, lower the equipment by squeezing the center handle. The Byk Rak model is indicated with a red locking arm and is the most common rack for loading bikes on buses. Swing the arm outwards past the well of the wheel. Place your bike wheels into the opening, utilizing the space closest to the bus. When in position, the front wheel should be facing the curb. If there are other bikes present, then position your bike with the front wheel facing away from the curb. Move the swing arm back into place over the tire in order to secure the bike. The Sportworks model functions in a similar fashion, using a spring-loaded arm instead.

Bikes on the “L” have very few restrictions as well. They are permitted on all CTA trains every day of the week throughout the year. However, there are some time restrictions when it comes to time of day since bikes are not allowed during rush hour. The restricted hours include 7 to 9 a.m. and 4 to 6 p.m. every weekday. The CTA also makes notifications for additional days that bikes will be restricted due to an expected increase in foot traffic. These notifications are published online and made known to riders by the station and crew. For example, July 4th is often a day where there is a dramatic increase in the number of passengers, resulting in restricted bike travel for most of the day. Each car of the train is limited to two bikes as well.

Bikes on the Metra are allowed on weekdays with similar restrictions concerning rush hur. Trains arriving to Chicago will accommodate bikes before 6:30 a.m. and after 9:30 a.m. during the week. Trains leaving Chicago allow bikes on the metra before 3 p.m. and after 7 p.m. during the week. Metra allows no more than five bikes on an accessible (ADA) diesel car and two on a Metra Electric car. Additionally, conductors reserve the right to restrict bikes at any time, including holidays and special events.

Unfortunately, bikes are not allowed on the South Shore Line at any time. 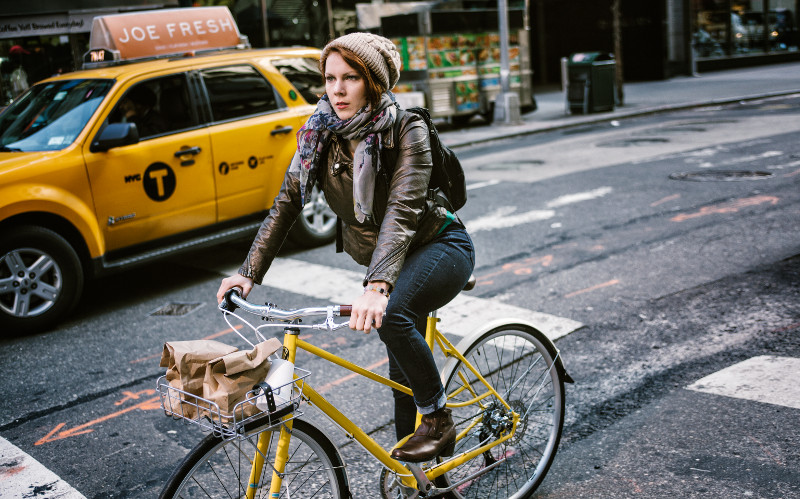