Doorings are a Huge Problem in Chicago 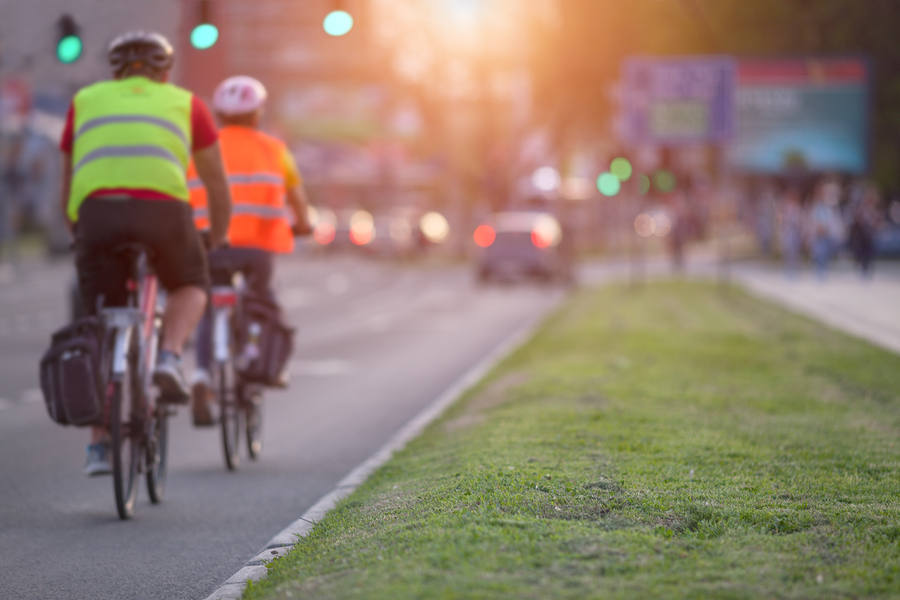 On Wednesday, June 3rd of this year, my evening did not go as planned. Biking home from work along Milwaukee Ave in Logan Square, I saw a parked truck with its door hanging open into the bike lane, and a man stumbling against the truck covered in blood, his bike nearby. He had been doored.

“Dooring” is the colloquial term for a vehicle door being opened into the path of a cyclist. I was doored in 2009, and I can tell you the exact feeling: “Why is there a wall here oh god I’m horizontal in traffic”. Most of the time the collision occurs when the door is opened suddenly into the path of the bike, and the rider has no opportunity to dodge. The cyclist may then ricochet off the door into the path of oncoming traffic. Dooring regularly results in the death of the cyclist. I was lucky, traffic was able to see me and swerve to miss me. I still tore most of my fingernails scrambling blindly to drag myself, still tangled in my ruined bike, out of the road. This week the guy I helped was also lucky enough to not have been hit by traffic, so we were left to administer first-aid to the road rash on his face, the neck injury and possible concussion. He was still alert when they loaded him onto the ambulance, and the owner of the car was classy enough to stay the whole time and cooperate with the emergency responders. He was, however, unable to close his driver side door, the impact of the human body had bent the metal.

Legally, dooring in the City of Chicago falls under Municipal Code of Chicago Chapter 9, 9-80-035: Opening and closing vehicle doors. “No person shall open the door of a vehicle on the side available to moving traffic unless and until it is reasonably safe to do so, and can be done without interfering with the movement of other traffic, nor shall any person leave a door open on the side of a vehicle available to moving traffic for a period of time longer than necessary to load or unload passengers.”. The State of Illinois also has a similar law. Sadly, even with this law, Doorings happen with frightening regularity. The motorist who hit me had kicked open his door, while balancing a box of donuts he had just grabbed off the passenger seat. The motorist who hit the guy this week said he had checked his mirrors for oncoming cars, but never saw the cyclist.

What can be Done to Stop These Accidents?

Motorists: It Is the driver’s responsibility to make sure that doors are not opened in a dangerous manner. Cabs, this applies to you too. Check your mirrors the moment before any doors are opened into a lane of traffic, on either side of the car where applicable. Cyclists can be traveling faster than the cars if traffic is heavy, so this needs to be taken into account.

Cyclists: Here are some defensive measures to help protect:

Oftentimes there is no time or room for the cyclist to react. What this brief video to see what we mean.

How to Prevent Saddle Sores

Short Sleeve Gore-Tex for the Win!